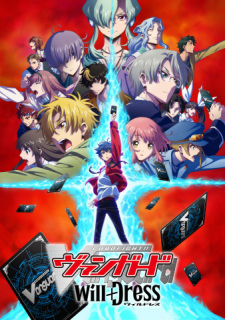 Plot Summary: Four months after the battle at Nagoya Castle, Yu-yu and friends received an invitation to a tournament. That "Deluxe" tournament aims to determine the strongest fighter, bringing together both "Front Fighters" who are active in official tournaments, and hidden powerhouse "Counter Fighters" like "Blackout" that compete against each other for flags. The existing characters from overDress will be competing with new characters from will+Dress such as Raika, Michiru, and Urara, to become the strongest of them all!